Redeem points directly at the checkout
You can redeem your available points when you purchase an item to get your discount.
View loyalty points
Description Ratings 39 Write a review Questions & Answers
Description
Close menu
Product information "Microsoft Word 2010" 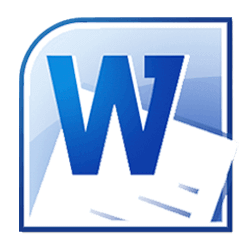 Microsoft's Office programs have been used for decades and have long been preinstalled as a standard on PCs and laptops running Windows as the operating system. Microsoft Word is the most frequently used office program, which is useful not only for business use but also for private users for the creation and processing of any kind of text. With the software you can write documents, complex forms, letters, and other documents, plus also pictures, graphics, tables, and other contents. For all elements of word processing, the user has almost unlimited possibilities in layout, formatting, and design.

Word and other Office programs are continually being developed and published over several years as a new generation. If this is the first time that you are purchasing the suite or the license we recommend the latest version Word 2016. Nevertheless, there are cases where Word 2010 might still be considered. Even when using less powerful PCs or servers, an older version of the popular Office program may be considered. If in doubt, users should seek advice on whether upgrading to Word 2016 or purchasing the latest Office Suite is a more appropriate option.

The main highlights of Word 2010

Compared to the previous versions, the Edition 2010 of Word offered much higher user-friendliness. Also, the adaptation to smaller displays of tablets and netbooks was made recognizable by the slightly narrower ribbon with all the basic features of the application. When editing texts, the automatic display of font, size, and similar basic information is an important innovation. The effects of a font can be checked by simply moving over the text with the mouse to see directly whether they match the user's ideas.

The ribbon with all the basic and special features of Word 2010 can be more easily adapted to individual preferences in this edition. Frequently used effects and functions can be called up with a mouse click and make it easier to carry out regular steps of text editing. The display of recently opened files is just as convenient, which has become a standard in all Office programs and many other applications.

With the introduction of Word 2010, the concept of web apps was launched by Microsoft in parallel with the other Office programs. With these small applications, additional individual internet-based functions are offered. The spectrum of web apps ranges from access to texts and fast editing to the integration of new effects, to avoid having to forego any extras when creating letters or reports as a user in the future.

Officially, Word 2010 is no longer supported by Microsoft and has been replaced by the latest generation of the Office program. With us, users still have the option of accessing Word 2010 and thus adding an extra suite or an additional device to an existing suite. Immediately after the download, users have access to the full range of functions of the entire word processing program. Licenses for Excel, PowerPoint, Access or the entire suite from Microsoft can be purchased through our shop. It is recommended that you check your own version of Word or the Office suite and consider upgrading it before the purchase.

The basic principle of software trading is the art of omission.

-No delivery and storage fees, due to virtual inventory management.

-Low profit margin, the main priority at It-nerd24 is the valuation and the growth of the customer base.

-Elimination of high-priced marketing investments, since more emphasis is placed on regular customers in the sense of "customers recommend customers", we realize cost advantages that we pass on to our customers through low prices.

Of course you will receive an invoice with reported VAT.

Cannot find an answer to your question? Directly write to us!
To chat
Ask a Question
Please note:
This product is a Download version. After receiving your payment, we will send you the download link for installation and the license key to activate the software directly by email.
Accessories 6 Similar products Customers also bought
Accessories 6
Windows 10 Professional 32/64 Bit