Server backup software - made for IT professionals

EaseUS Todo Backup Advanced Server helps you design a reliable backup strategy for your entire organization so that your databases and servers are always protected against data loss․Compatible with Microsoft SQL Server 2016/2014/2012/2008 R2/2008/2005Allows effective backups of multiple SQL databases with a single backup procedure. 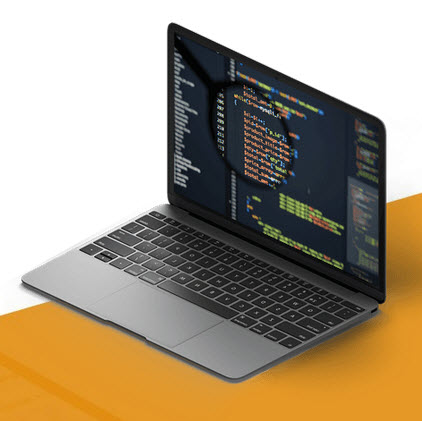 Microsoft Exchange Server is often used for business-level email and communication. Ms Exchange servers should be backed up regularly to prevent the breakdown of corporate communications in the event of a server failure..

EaseUS Todo Backup Advanced Server performs these backups automatically, according to schedules that you can create and edit yourself. The software also allows you to back up other types of data at the server and user level (e.g. shared projects and databases) to restore server backups in case of an emergency or to clone server content to other servers.

Back up your data

100% SafeThis software secures your SQL/Exchange Server for you, so that your data remains intact and your business can quickly resume after an emergency.

FlexibleEaseUS allows you to set up flexible backup plans. Schedule your automatic backups to be perfect for your business, either by time or event-based.

Cost-efficientBuild your own overall backup solution according to your individual requirements. Either operate everything with one technician license or purchase individual licenses for each device if this is more convenient for you.

All-round protectionComprehensive protection for your servers, SQL and Exchange Server via disk image backup. The process is simple and is quickly completed. Tailor-made backup strategiesSet up various backup plans, which can also cross over each other. Back up partitions, hard disks, folders or various files according to various criteria that you can define yourself.Command lineProfessionals no longer perform backup tasks via the user interface, but rather time-savingly and directly via command lineCentralized backup managementControl and manage the backups of multiple or all of your systems conveniently and time-saving from one location - with the EaseUS Backup Center.hot backupPerform backups without interrupting server operation or restricting access.Cloud BackupBackup data to cloud storage like OneDrive, Google Drive or Dropbox. This way you will still have your backups even if a disaster destroys all other backups.

System CloneMake an exact copy of your operating system and migrate/transfer it to another storage device, e.g. HDD or SSD.Hard disk/partition CloneClone an HDD to an SSD, MBR disc to GPT disc or vice versa. Sector by sector cloning ensures that the entire contents of a hard disk are cloned along with it.

Write a review
Close menu
Write a review
Evaluations will be activated after verification.
Questions and answers
Close menu
Menü schließen
Questions and answers
Cannot find an answer to your question? Directly write to us!
To chat
Ask a Question
Please note:
This product is a Download version. After receiving your payment, we will send you the download link for installation and the license key to activate the software directly by email.
Accessories 11 Similar products Customers also bought
Accessories 11
EaseUS Data Recovery Wizard Professional 13,5

£589.99 *
© IT-NERD24 GmbH
Cookie preferences
This website uses cookies, which are necessary for the technical operation of the website and are always set. Other cookies, which increase the comfort when using this website, are used for direct advertising or to facilitate interaction with other websites and social networks, are only set with your consent.
Configuration
Technically required
These cookies are necessary for the basic functions of the shop.
Allow all cookies
CSRF token
Cookie preferences
Currency change
Customer recognition
Customer-specific caching
Decline all cookies
Individual prices
Selected shop
Session
Comfort functions
These cookies are used to make the shopping experience even more appealing, for example for the recognition of the visitor.
Note
Statistics & Tracking
Adcell
Affiliate program
Google Analytics
Track device being used
Viewed